The Mysteries of Revelation ...

Is it about the future? Is that future in the forseeable future?

"Ask youth which book of the Bible they would like to study and a most likely response woould be 'Revelation'. With so much modern emphasis placed on the 'end times', and prophesies about the future, youth are curious about the mysteries this book expounds."

This study makes no effort to attach a present or future identity to any of the beings described in the book of Revelation. Rather it presents the story as John wrote it ... a struggle between the forces of those who followed God and the enemies of God and the ultimate outcome of the conflict.

Since Revelation is a complex book, chart 22.1 would be helpful to have displayed while discussing the events of the book. When displayed with large enough print for youth to read at a distance, it is most helpful in aiding youth to focus on this complex story.

Begin by pointing out that Revelations chapters one through three are mainly reproductions of letters sent by the author, John, to seven Christian churches existent in the first century A.D. In Revelations 3:14-22 John writes to the church of Laodicea, "You are lukewarm in your faith ... you say 'I am rich, I have prospered and I need nothing'. You do not realize that you are poor, blind and naked. (2) John then continues by stating Jesus' call, "I stand at the door and knock; if anyone hears my voice and opens the door, I will come in to him and sup with him and he with me". (3) Point out that it is clear that John writes this account of his vision not to just record it but for a purpose - to call people to Jesus, his Lord. Ask youth how many are ready to open their minds to the images to be portrayed and the meanings they have. Then ask how many are ready to open their hearts to Jesus, the source of the visions John experienced.

The study is broken into twelve lessons for the purpose of the ease of preparation in teaching as well as to help youth work through the complexity of this book. Chart 22.1 is organized by these twelve lessons.

There just seems to be no ending to the story. Seven seals and seven trumpets are revealed, placing the earth at great peril. Martyrs call out for God's justice. God sends two holy witnesses to once again call people to Him.

Then the dragon appears. His attempt to murder the chosen one (or ones) of God is thwarted. A war breaks out in heaven, and the dragon, who has opposed God since the beginning of time, is defeated by both the blood of the lamb and the truth the believers proclaim. A dramatic ending to a dramatic story! But wait . . . there are still ten chapters to go.

In Revelation 13, two allies of the dragon appear. The first is the beast, coming out of the sea, with ten horns and seven heads (Rev. 13:1). 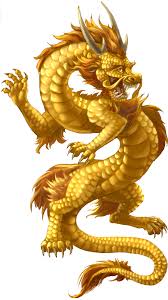 Question "Who is this beast? Some scholars identify him with the Roman Empire. The horns and the heads represent the countries the Romans conquered. It is noted that Revelation states that one of the heads was fatally wounded, and then the wound recovers. The Roman emperor, Nero, reportedly stabbed himself and went into hiding later to recover. Is this a reference to Nero?

Revelation 13:4 states, "They worshipped the beast . . . saying who is like the beast and who can fight against him?" History clearly describes the existence of emperor worship in Rome at the time John wrote Revelation. Whatever the interpretation, an argument that the beast is a reflection of an individual in Rome or of the empire itself can be made. Not the Same Old, Done-it-before Youth Meetings, page 179

Revelation 13:11 introduces "another beast . . . had two horns like rams horns and it spoke like the dragon." This beast is a magician, seemingly creating miracles. His displays of magic are persuasive with the people of earth, and the magician tells the people of earth to worship the first beast. He also declares that all people should have a mark on their foreheads (616 or 666, depending on the translation), which allows them to purchase and sell goods. Revelation 13:18 states, "whoever is intelligent can figure out the meaning of the number of the beast, because the number stands for a man's name."

Question "One could ask, if these images are about Christians and their struggles against the Roman emperors, how can these stories be about things which 'must take place'?" The answer is straightforward. The struggle between the forces of good and evil have taken place throughout history and will continue to take place. The dynamics of this struggle in the past are no different than the dynamics of the struggle to come.

So what happens to the two beasts? Once again John's vision gives an interlude to the ongoing drama. John sees 144,000 people who have God's name, not the number of the beast, written on their forehead. These are the same people referred to in chapter seven (lesson three). They oppose the two beasts and keep themselves pure (Rev. 14:4). John then sees three angels appear making proclamations about the beasts and their destiny (Rev. 14:6-11). The actual account of their destiny comes in Revelation chapters 17-18.

Do you have some thoughts to share in regards to our study of Revelation? Please share your thoughts by writing to us at Timferguson@christianyouthgroup.org

Would you like access to all twelve lessons on Revelation? These lessons are found in chapter 22 of the book, Not the Same Old, Done-it before Youth Meetings". The chart referenced in lesson one can be found on page 185. See below.