New Year's Day celebrations exist but is there a lesson for youth that will fill them with meaning?

Around the world there are many first days of the year. The Chinese New Year begins February 5, 2019 and inaugurates the Year the Pig". in subsequent years the date of the New Year will vary from January 15th through February 16th and the actual date is impacted by the lunar calendar. 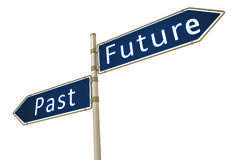 Muslims across the world will welcome the Islamic New Year, the beginning of Muharram, on the first month of the Islamic lunar calendar.

The Jewish New Year begins with Rosh Hashanah, a two-day celebration that begins on the first day of Tishrei, which is the seventh month of the ecclesiastical year. It is the traditional anniversary of the creation of Adam and Eve and the inauguration of humanity's role in God's world. According to one secular opinion, the holiday owes its timing to the beginning of the economic year in Southwest Asia and Northeast Africa, marking the start of the agricultural cycle.

So how did January 1st become New Years Day for most of the world? It was established by Roman emperor Julius Caesar in 46 BC as the Romans believed their God, Janus, could see backwards and forwards in time. The believers offered sacrifices and pledged good contact over the coming year to Janus. In a sense their pledge was an early form of making a New Year's Resolution. The actual calendar currently in use is the Gregorian calendar, set in place by Pope Gregory in 1582. The Pope became aware that the calculation for the date of ter Sunday was not accurate with astronomical markers. He determined that the measurement for the length of the year was eleven minutes too long as set forth by the Julian calendar. While that may not seem much , many years had passed since 46 BC. In order to make the needed coreection Pope Francis eliminated ten days off the calendar in 1582. In essence citizens went to sleep on October 4th amd woke up the next morning on October 15th. With this adjustment Easter Sunday 1583 was now in line with the astronomical events that determined its accurate date.

Some scholars reference pledges from ancient Babylonians and certainly of the Romans that were, in essence , to live in accordance with the laws of the land in the coming year. On January 2, 1671 Anne Halkett, a writer and member of the Scottish gentry, listed in her diary a number of pledges, taken from biblical verses such as "I will not offend any more" and titled the page in her diary "Resolutions".

In the beginning of the 1800's people would make (and fail to keep) resolutions. The phrase, "New Year's Resolutions" is found in the January 1st issue of a Boston newspaper from 1813. A short article shares a belief that "multitudes of people, accustomed to receive injunctions of new year resolutions... will sin all the month of December, with a serious determination of beginning the new year with new resolutions and new behaviour". While this is certainly not a behavior we would encourage in our young people, the true nature of New Year's Resolutions needs to be acknowledged. It is not a Christian event.

Activity One: Bible Support for Making a Resolution

Share the following Bible passages , which provide resolution like instruction for Christians. Create in me a clean heart, O God; and renew a right spirit within me. Cast me not away from thy presence; and take not thy holy spirit from me. And above all these things [put on] charity, which is the bond of perfectness. And let the peace of God rule in your hearts, to the which also ye are called in one body; and be ye thankful.

..."To you who are ready for the truth, I say this: Love your enemies. Let them bring out the best in you, not the worst. When someone gives you a hard time, respond with the energies of prayer for that person. If someone slaps you in the face, stand there and take it. If someone grabs your shirt, giftwrap your best coat and make a present of it. If someone takes unfair advantage of you, use the occasion to practice the servant life. No more tit-for-tat stuff. Live generously.

Here is a simple rule of thumb for behavior: Ask yourself what you want people to do for you; then grab the initiative and do it for them!"

Make a list for the group and have each youth choose up to three to become his or her Christian resolutions for the year.

Now read to them the following, a list of the top ten resolutions for Americans for the year 2018. How many of these reflect the Christian resolutions the youth chose? Point out that " losing weight" is a good thing and certainly would be all right to add to one's Christian Resolutions.

9. Help others. Volunteer your services.

7. Pay off your debts ... stop spending for anything but essentials.

5.Enjoy life more as we are overwhelmed by stress.

Take time to discuss these resolutions and have the youth identify (to themselves privately or openly to the group) those which apply to each youth.

Lastly point out that surveys indicate that 44 percent of Americans made resolutions for the year 2018. Unfortunately only eight percent of the total mpopulation indicated that they kept them.

At the end of the year politicians, who are leaving the Congress, often get an opportunity to share some final thoughts with their colleagues. These often are forward looking statements of progress, which they trust will lead the country to move forward.

Ask youth if they are aware of some of the hopes expressed amongt leaders leaving public service.

Then point out that in the gospel of Matthew, the last set of specific instructions Jesus leaves for the people prior to the Last Supper, his arrest, trial and crucifixtion is found in Matthew chapter 25:31-46. Read this passage. It is filled with resolutions like feeding the hungry, providing for a needy stranger and visiting the sick and those in prison. Ask youth if they have had any opportunity to do these types of activities. See if they might like to work at a soup kitchen or sing Christmas carols at a nursing home or some similar event that will reach out to the needy in your community.

Activity Three: What if?

Share with youth that most if not all of them have grown up in Christian families. They have been coming to the youth group for a period of time. They have heard the stories of Jesus and other Biblical people many times. Have these stories grown stale?

Then ask them to imagine a world in which all of the scriptures earlier read were heard for the first time. Would the scriptures have a more powerful meaning? Would there be a wow factor to Christ's teaching that, when you do good to others, you are doing good to God, himself. Perhaps the familiar turn the other cheek paasage has more meaning when explained a different way as the above " If someone slaps you in the face, stand there and take it" interpretation.

When youth read the scriptures on their own, they will learn things god puts on their individual hearts. Perhaps the most important resolution to make for 2019 is: begin a daily, personal study of the Bible. Start with the Psalms. Read two psalms a day and only one for the long psalms like Pslams 119. Then begin in Matthew and read one chapter a day through the New Testament. This task can be completed in one year even with taking a day off every other week. It is a very doable resolution that will bring a personal interpretation of the Word of God.


Then re-read "The Chest of Visions: Secrets of Caperston". One of the secrets learned by the youth in Caperston is how exciting the words of Chihaysu were. They had never heard of a God, a Caring Creator. When they perceived this, it led to an amazing transformation in their lives. Is there something in our lives which needs transforming?

Another activity that will assist youth in setting purposeful resolutions anytime during the year is : Trust and Prayer Activity