This Gift Made a Difference!

The story begins on December 16, 2018. Brian Ferguson shares that there are rumors that the President of the United States is contemplating shutting down a portion of the American government including the Internal Revenue Service (IRS) where Brian works. 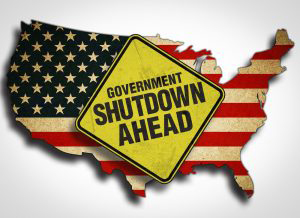 He explains, "I will be all right. I have savings. But many of my staff do not. They have young children whom they care for. I'm worried ... not for me ... but for them."

As the world knows it didn't take long. Less than a week later Brian and his entire staff were told to remain home on furlogh. For how long? At first Brian stated that he did not know but expected it would be over soon.

Three and a half weeks later Brian, a manager at the IRS, got the call. "Come in tomorrow and start calling workers. Time to come back to work ... without pay.' This was a task telephone savvy Brian was both happy to do yet worried. He knew the challenges ahead

There was his assistant manager, who had two young children at home. While at work, she had enogh salary to pay for childcare as she worked. But working without pay? How would she pay for the needed child care? Then there was T, a good worker with a handicap. He, at times, needed the assistance of a nurse who normally was on call. But during the shutdown, the nurse was deemed a non-essential employee, which meant that hard working but occasionaly needy T had to remain home against his wishes. 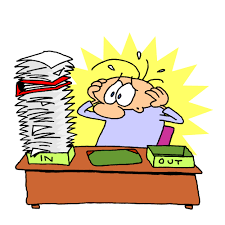 There are,of course, many more similar stories of the staff asked to work without pay or needed supports. Too many stories to recount here.

Then the call came. Brian, who was called back to work to bring the staff back on board, was himself deemed non-essential. Back on furlough he truly wanted to be at work to support his staff working without pay.

They say in the darkest of times unlikely heroes emerge. And so it was. Brian, furloughed again, decided to visit his staff on Day One of his second furlough, a visit filled with encouragement and two bowls of potato salad and a four foot hero, which Brian purchased to share.

When Brian was in our youth group some twenty years ago, many Christian youth (mostly the girls) came to meetings with bracelets with the letters "W W J D" on them . The initials stood for, "What would Jesus do" if he was insay Brian's situation. It is worth investigating.

So what would Jesus do? Perhaps his most well known teaching gives an answer. It was "Do unto others as you would have them do unto you." We notice that he did not say, "Wait for someone to do you a favor then repay them the favor." To repay favors is not a bad idea but Jesus said, "You go first".

Take time to reread Matthes 25: 31-40, one of the last teachings Jesus gave to the people of Israel in Jerusalem.

So the wish of so many has come to pass this evening when our leaders announced that the government was reopening very soon. Some say "its about time" while others say, "Thank - you Lord". And the good workers of our country say, "Back to work... we've got a job to to do." And they are ready to come back to work for Brian and other managers at the IRS because they have seen how much their managers have a heart.


Do you have any uplifting stories that we can share?